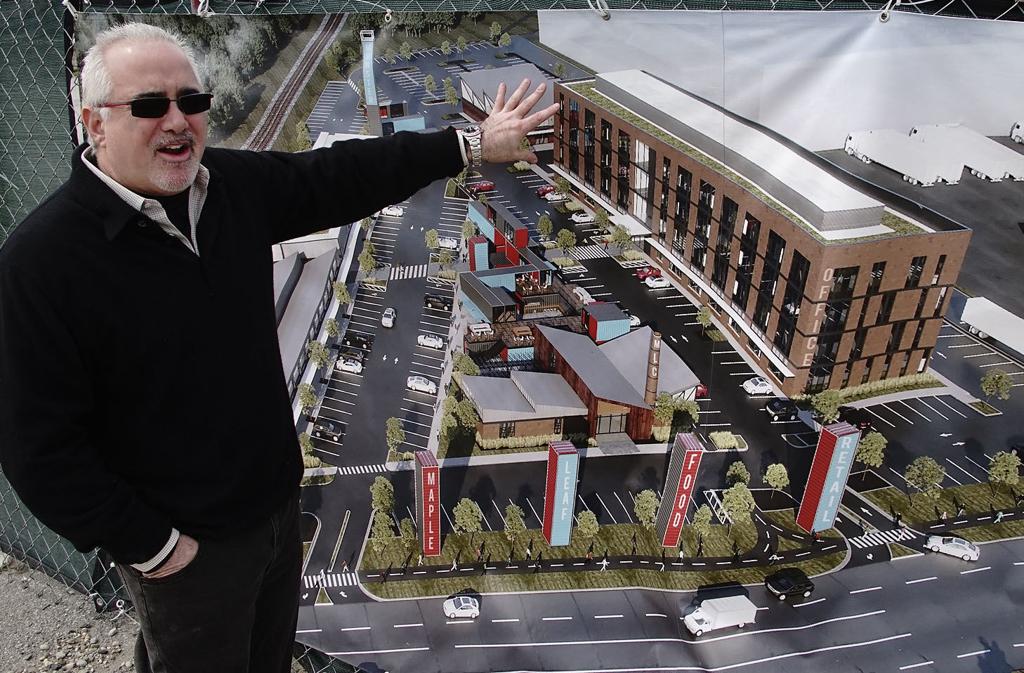 Hospitals in Northwest Indiana have been at the center of the Region’s response to COVID-19 throughout the yearlong global pandemic.

They put off elective surgeries and other non-urgent treatments last year to repurpose space for extra intensive care beds during several peak periods of coronavirus infection. Currently they are injecting hundreds of people each day with the COVID-19 vaccine that everyone hopes will bring an end to the health care emergency.

Through it all though, some Region hospital leaders have had to keep one eye on the present and another looking toward the future, as several major hospital and health care construction projects currently underway promise to make available more dynamic and innovative treatment options for Northwest Indiana residents in a post-pandemic world.

The biggest development on the horizon is the $200 million Franciscan Health Crown Point hospital being built at the intersection of Interstate 65 and U.S. 231.

Ground was broken at the site in September. It’s scheduled to open in fall 2023.

The state-of-the-art, 520,000-square-foot facility is slated to have 130 patient rooms, along with a larger cardiovascular unit and a new acute rehabilitation unit and comprehensive stroke center, among other amenities.

“This facility is going to be very important to Northwest Indiana and to what health care is in Northwest Indiana,” said Daniel McCormick, president and CEO of Franciscan Health Crown Point, at the groundbreaking ceremony.

He said Franciscan Alliance leaders determined south Lake County was in need of a new, more accessible hospital and came up with a “second-to-none facility.”

It certainly will be hard to miss. The initial height of the building will be 116 feet, and Crown Point officials have authorized a maximum height of 140 feet — if hospital leaders determine there’s a need to add another floor to the seven-story edifice (six above ground level, one below).

In comparison, the Old Lake County Courthouse on the square in downtown Crown Point is 126 feet to the roof level and 152 feet to the tip of the building, according to the Emporis building database.

Kent Davidson, a senior project manager with the HOK — a design, architecture, engineering and planning firm — said the new Crown Point hospital also is being constructed with the possibility of adding a north wing to main hospital building at some point in the future.

Davidson said the ground floor of the new hospital will house the emergency department and imaging — “To make for ease of access for the vast majority of the people that are going to be coming into the building.”

The second floor will include the surgical department, intensive care, surgical prep and recovery rooms. The building’s mechanical systems will sit on the third floor, with labor and delivery on four, and patient care units on the fifth and sixth floors, he said.

Its design partially is based on the $243 million Franciscan Health Michigan City campus that opened to acclaim in January 2019.

The Crown Point hospital also will have a main entrance pick-up and drop-off, ambulance entrance and a helicopter pad, along with 983 parking spaces, said Anthony Schlueter, Crown Point planning administrator.

“What makes this the hospital of the future from a construction standpoint is flexibility,” said Jon Gilmore, president and CEO of Franciscan-owned contractor Tonn and Blank Construction.

“Also we design it all in a virtual world so that we can make everything fit before we ever start building it.”

Another futuristic aspect of the new hospital is its place at the center of a $400 million to $500 million, 540 acre mixed-used campus that will include an expanded University of St. Francis and Franciscan Point, 250 acres of residential development, 80 acres of commercial development, and potentially the new home of Andrean High School.

Cal Bellamy, chairman of the Franciscan Alliance Northern Indiana board of directors, said the Sisters of Franciscan Alliance are undertaking such a huge project in a time of economic uncertainty because they have great confidence in Crown Point’s future.

McCormick, CEO of the Crown Point hospital, said older hospital infrastructure simply can’t keep up with the health care technology currently in use, or the expectations patients have for their hospital stays.

He said private rooms and private showers are preferred now, things that weren’t considered when older hospitals were built. Newer hospitals also can incorporate wireless internet throughout the building, a technology unheard of when Franciscan Health Hammond, for example, was built a century ago.

In addition to new hospitals, Northwest Indiana also recently has seen construction begin on a spate of specialized medical treatment centers that are due to come online in 2021 and beyond.

They include the $18 million, 40,000-square foot Lakeshore Bone & Joint Institute facility at the northeast corner of 109th Avenue and Delaware Parkway in Crown Point.

“Currently, we have been renting the space from the Franciscan Point facility, and although they have been a great landlord and great partners with us, we have simply outgrown that space, which is why we’re here today,” Kay said at the 2019 groundbreaking of the new, two-story facility that he promised will have a “modern-high tech architectural design both inside and out.”

“A generation ago … people would go to Chicago for spine surgery,” Kay said. “We just didn’t have that type of service available. Now that service is here. It’s great for the quality of life of our community.”

“Right across the street, you’re going to see the Hampton Inn being located; our first hotel in the city of Crown Point that will provide opportunity for people to stay here. And you know, we don’t like to see tail lights leaving Crown Point at all. We want people to stay here, spend disposable income here and do different things,” Uran said.https://3de0dc4058522ec5595ff573b6d5d57b.safeframe.googlesyndication.com/safeframe/1-0-37/html/container.html?n=0

Another specialized orthopedics center is at the center of several projects to develop the recently realigned intersection of Calumet Avenue at 45th Street in Munster.

North Point Orthopaedics in January cut the ribbon on its $10 million, 25,000-square-foot medical office building that features a variety of services for bone and joint conditions, including physical therapy, braces, X-rays and ultrasound scans.

Treatment also is available on an urgent care basis for back and hip pain, sports injuries and many other conditions where patients simply can walk in without appointments.

“We broke ground on Jan. 7, 2020, and then COVID-19 (hit). So, we’ve survived a recession and now a pandemic,” said Dr. Gregory McComis, one of the seven owners of the medical practice.

Work is underway across the street on a $30 million to $40 million walkable campus that will include a hotel, four-story office building, and retail and restaurant space built using cutting-edge shipping container architecture.

Tenants are expected to include brewpubs, a wine bar, a School of Rock music education enterprise, a popcorn store, a Hyatt Place hotel, and a BuffaLouie’s eatery modeled on the one just off the Indiana University campus in Bloomington.

“We’re in talks with dentists and orthodontists about the south end of the property,” said Maple Leaf Crossing developer Jay Lieser of 1st Metropolitan Builders.

“With this, Centennial Village and the South Shore Line expansion, there’s a lot of excitement in the community,” he said.