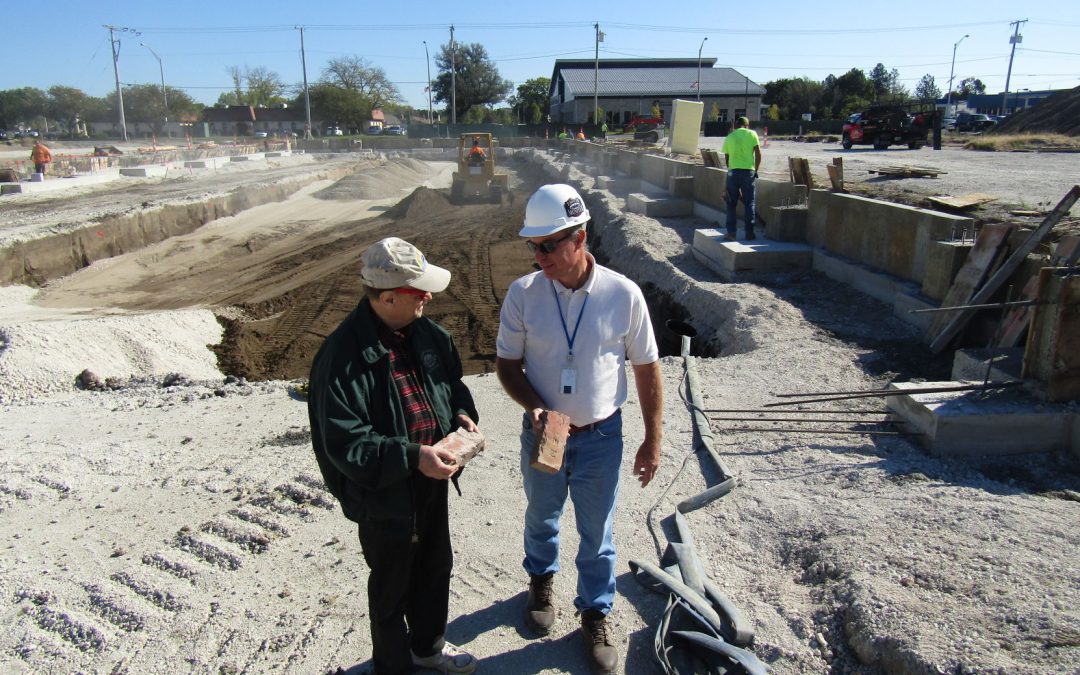 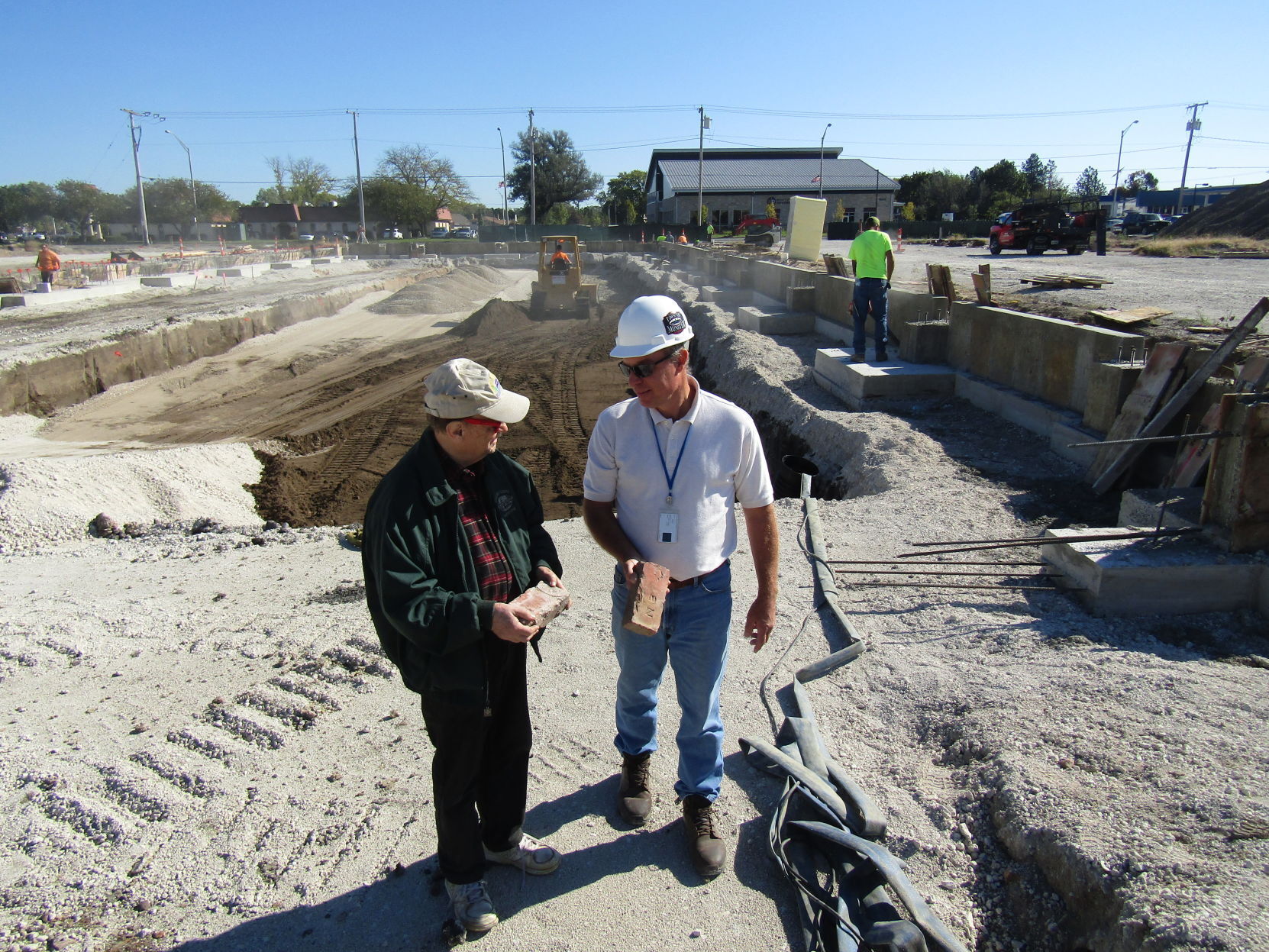 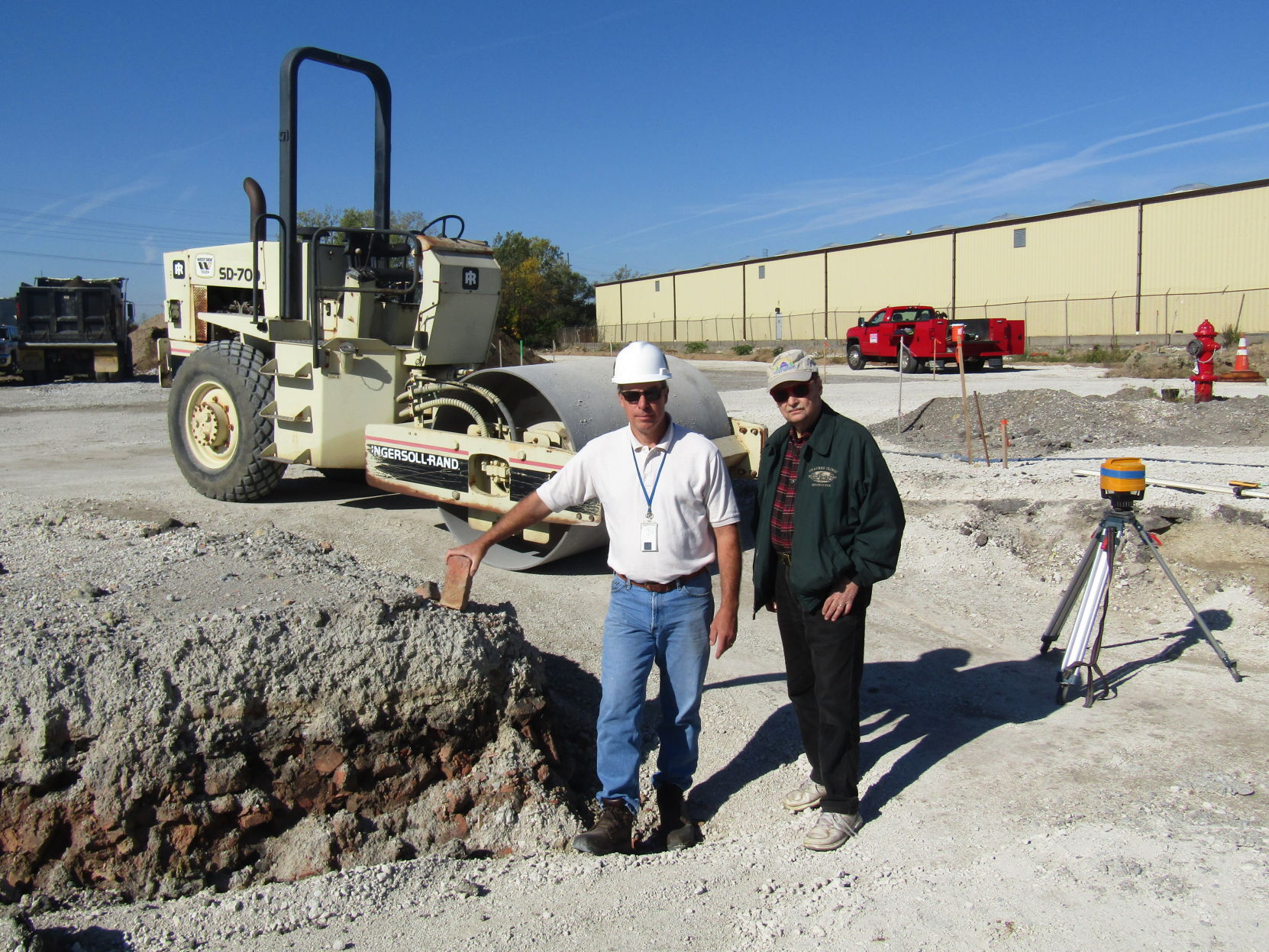 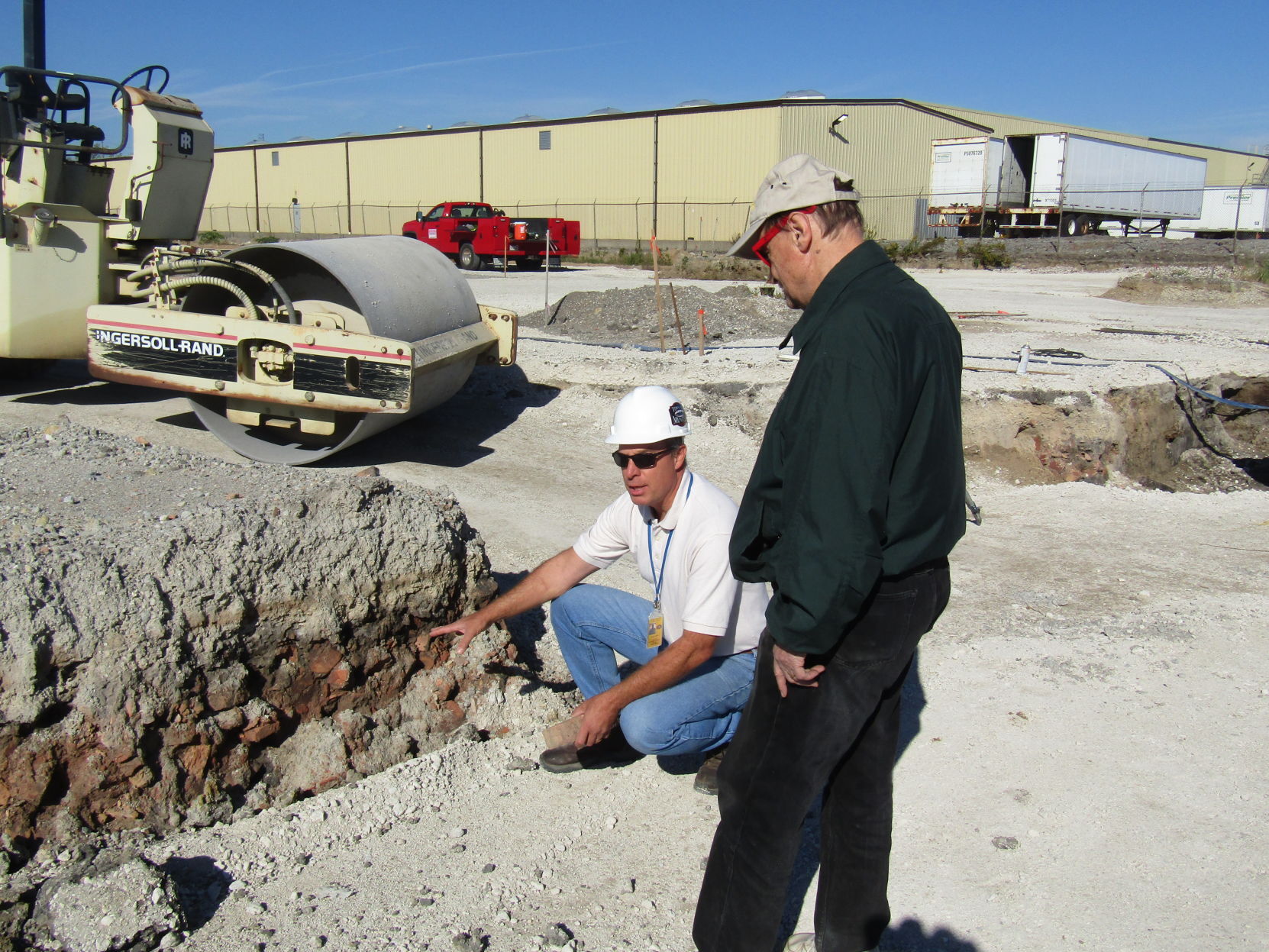 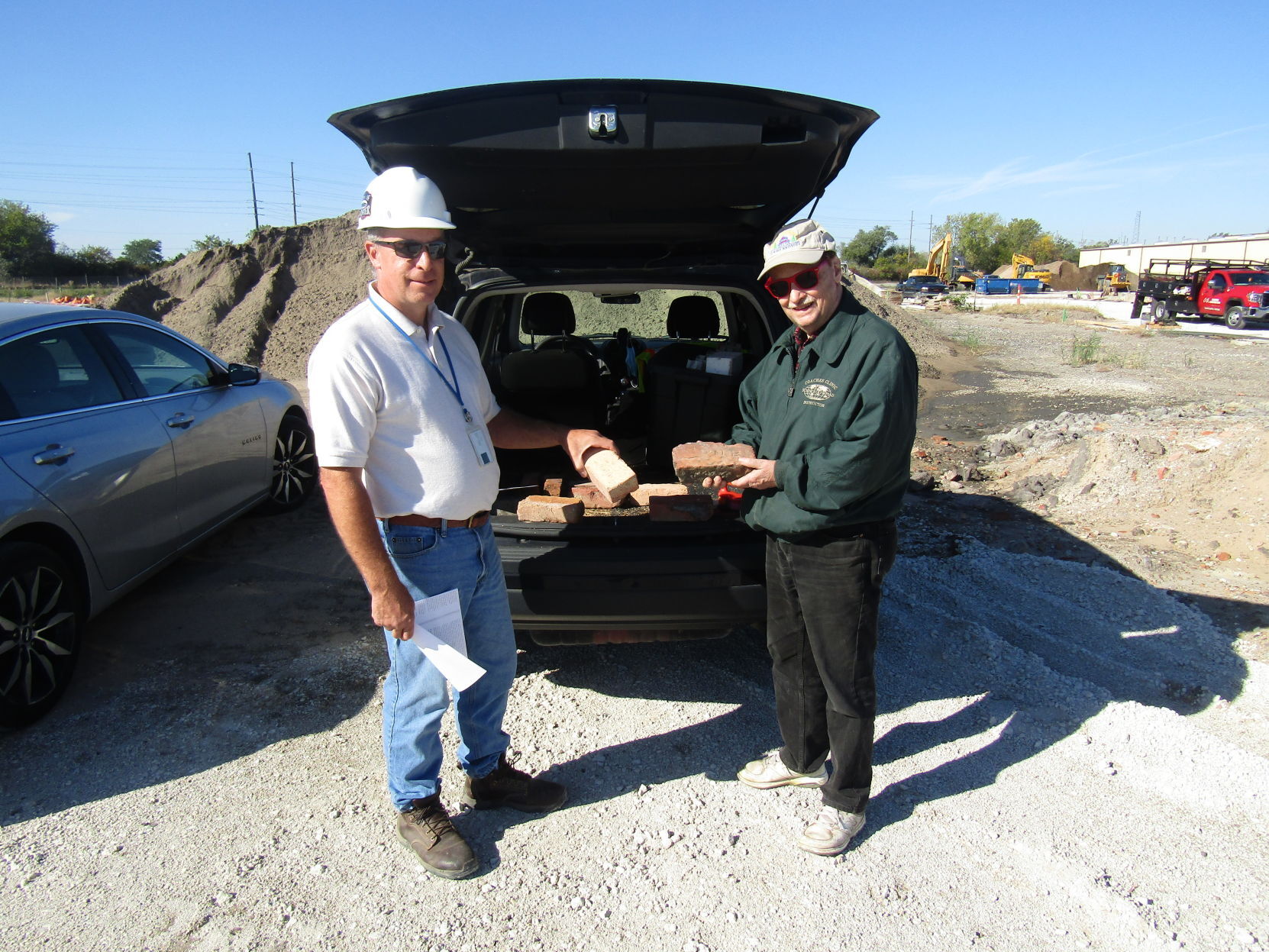 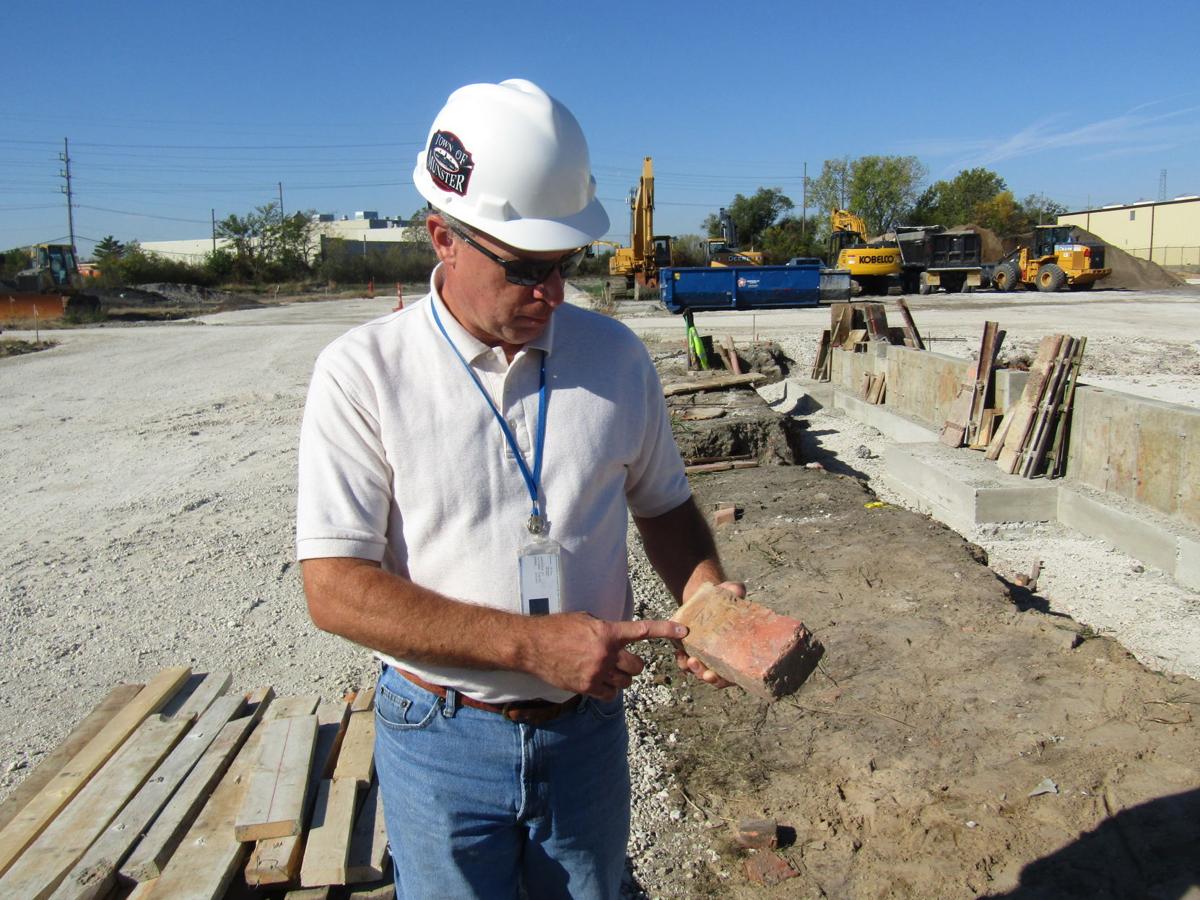 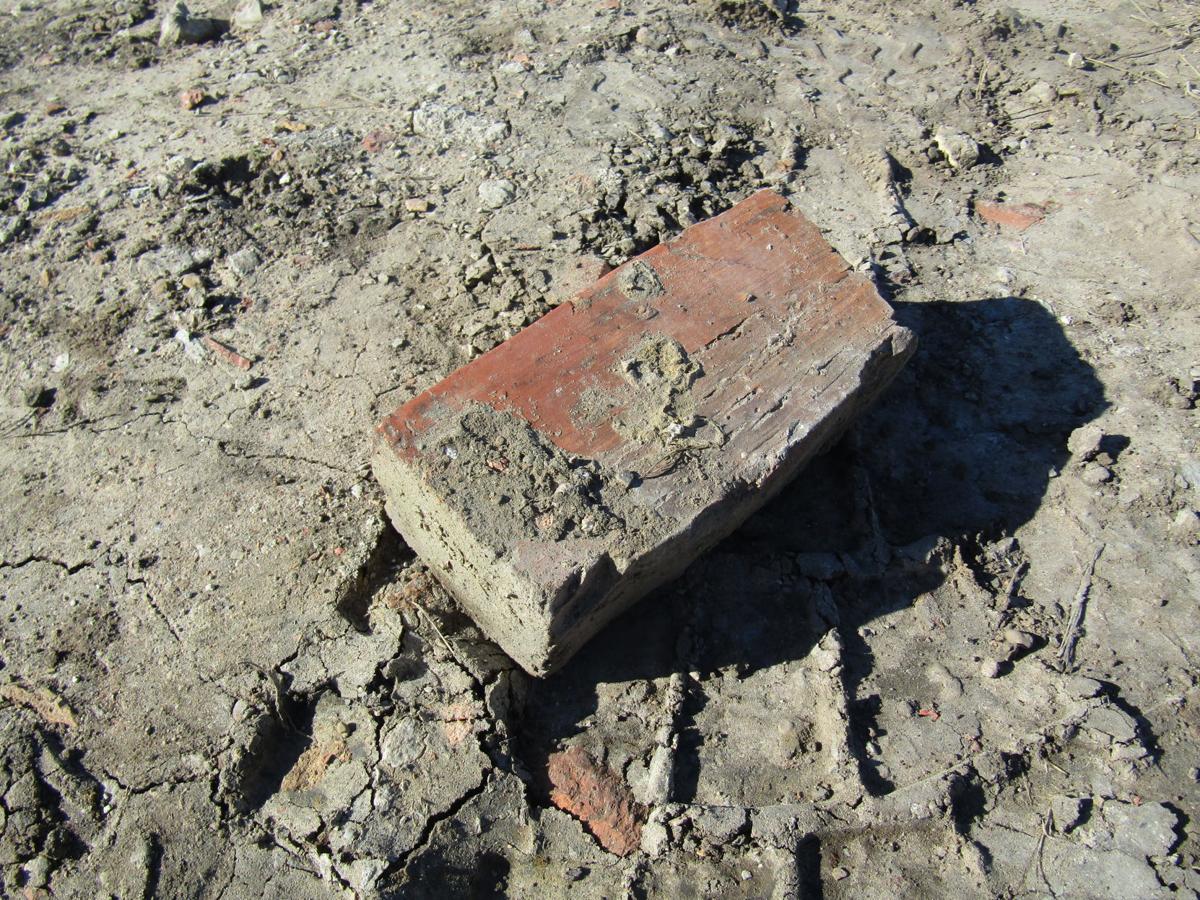 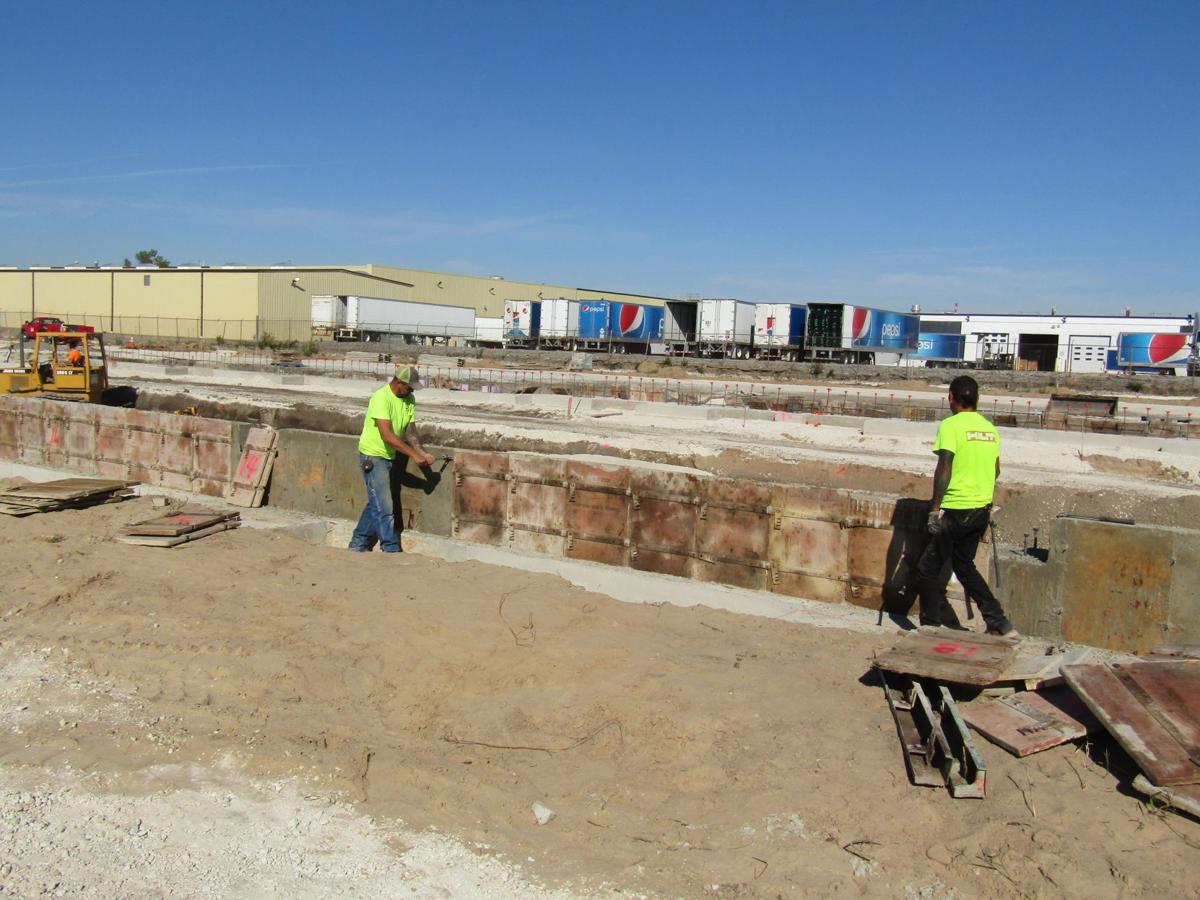 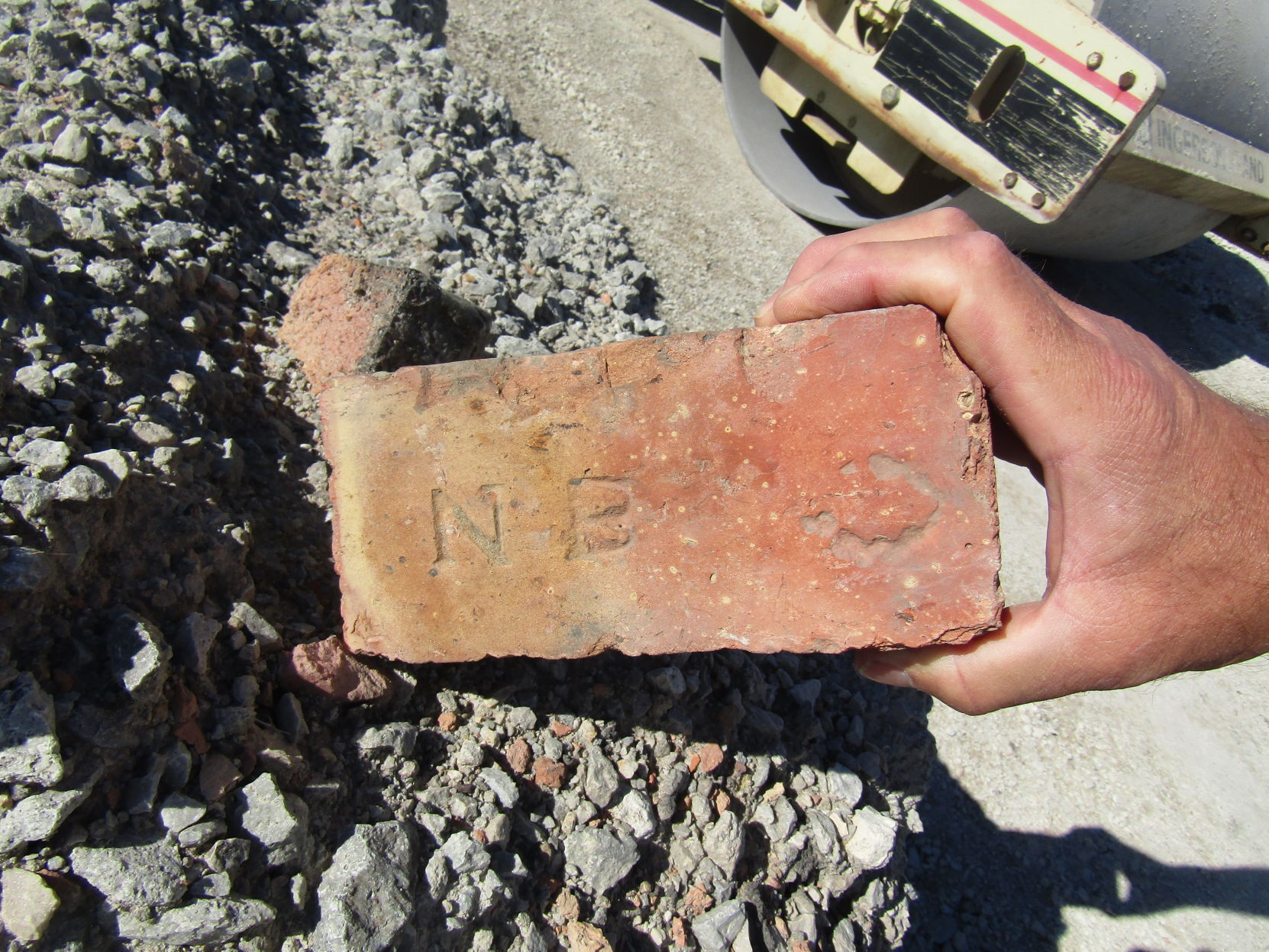 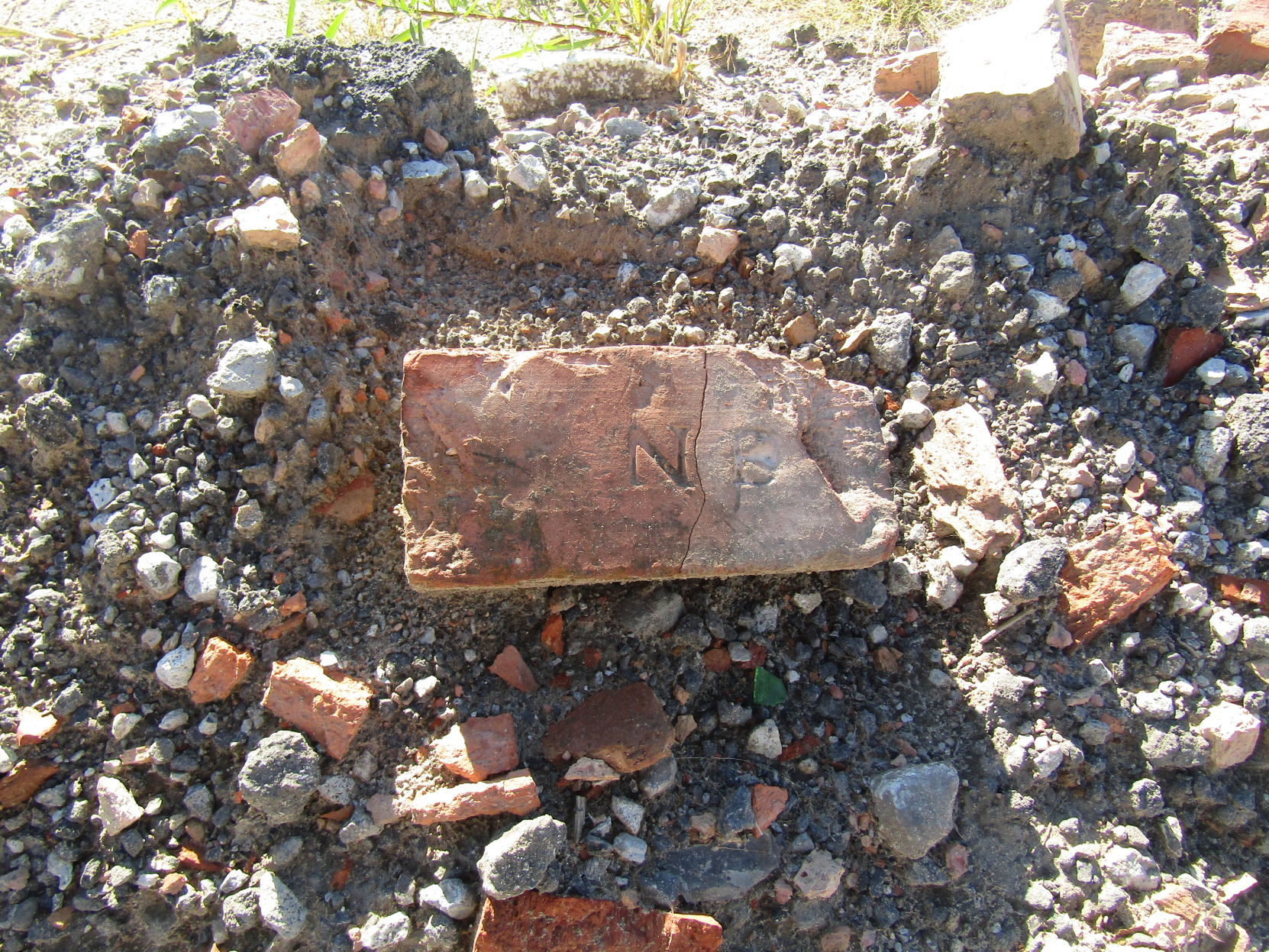 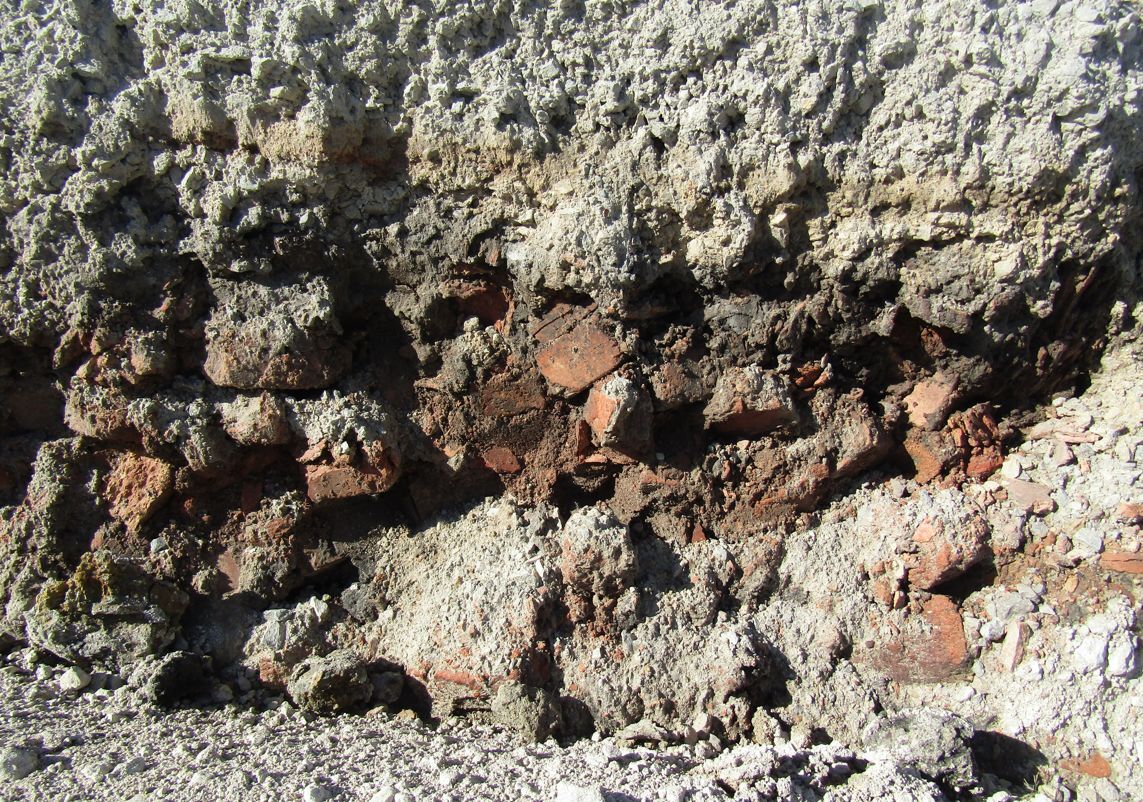 For about 80 years, a brick factory in Munster heated clay in kilns, sending up to hundreds of thousands of bricks per day via train to Chicago.

Prized blue-rubber clay was quarried at what’s now Centennial Park in Munster to make Chicago Common Bricks that built homes and other buildings across the Windy City for the better part of a century. Chicago Common Bricks were one of the most prevalent building materials used in the city after The Great Chicago Fire in 1871. Much of Chicago was built with bricks from Munster, Hobart, Chesterton, Chicago Heights and other clay pits across the metro.

Maynard Lake at Centennial Park, where bubbly wedding parties, fishermen, walkers and waterfowl flock today, used to be a clay pit until the old National Brick Co. finally went out of business in 1987. And the reed-ringed body of water where herons hunt across the Pennsy Greenway from Centennial Park is still known as Clayhole Lake, though some would like to see the name changed to something more inviting.

The thing about making bricks is that many end up chipped around the edges, cracked or otherwise imperfect.

The National Brick Co., later the American Brick Co., discarded its clinkers in nearby fields in Munster, said Northwest Indiana historian and author Ken Schoon. People often took them home and used them for projects around the house like patios.

But a lot of discarded bricks get left behind over the course of 80 years.

A cache of the historic bricks from the long-bygone Munster brickyard has been unearthed at the new Maple Leaf Crossing development at 9410 Calumet Ave., down the street from where Munster’s brickworks and former dumpsite used to be. Workers there recently broke ground on an office building at the mixed-used development, which will feature cutting-edge container architecture, a wine bar, a School of Rock, a Hyatt Place hotel and a BuffaLouie’s restaurant like the one just off the Indiana University campus in Bloomington.

“We are uncovering history,” Town of Munster Building Inspector Glenn Rhodes said. “There are layers of bricks from the old brick factory that were in Munster we are uncovering.”

Many of the historic bricks are being salvaged, especially those in good shape with inscriptions of NB, short for National Brick. The developer of the new Centennial Park Village development at the north end of Centennial Park plans to use the bricks to build a monument with a brass plaque that explains the site’s history as a brickyard.

Now a bustling attraction with botanical gardens, a golf course and a glimmering waterfront, Munster’s Centennial Park often is referred to as the old dump. The massive sledding hill on top of which one can see the Chicago skyline on a clear day often is called Mount Trashmore.

But the site got its start as a dump when it was still a brickyard.

“The brick company accepted garbage,” said Schoon, a professor emeritus at Indiana University Northwest who taught at the university for more than 40 years. “Somebody gives the foreman $20 and you can dump your stuff here. They found a whole bunch of 55-gallon drums filled with Sherwin-Williams paint, all of which has been picked up and taken away and disposed of properly. But there was a lot of stuff that would pollute the ground. They didn’t care what you were dumping as long as you would pay your money.

“Then the town bought that from the brick company and turned that into a real, OK sanitary landfill. It was perfectly legal at the time. There were no pollution laws back then. At least it was legal as far as I know. No one found any skeletons or anything.”

National Brick Co. built massive coal-fired kilns on a 160-acre site near 45th and Calumet avenues in 1906, after a 22-foot-wide deposit of impurity-free blue-rubber clay was discovered, left behind by the Wisconsin Glaciation thousands of years ago. It was mixed with sand and turned into a building material by dozens of workers.

At the time, it was a remote rural area.

Most of the workers were local farmers who labored there part time to earn extra money. The plant would shut down for months at a time and fire back up when it got new orders. It employed as many as 140 workers, who loaded bricks on the train to be shipped to Chicago.

“Chicago was the biggest customer,” said Schoon, who’s written several books about the history of the Calumet Region. “This was not as big as Hobart’s or Porter’s. It was all clay that was deposited here by the glaciers.”

The Lansing Country Club just across the state line also started out as brickyard, Rhodes said.

He discovered the historic bricks all around the construction site on Calumet Avenue as workers laid the foundation for a new office building. Loose bricks are scattered across the site and a pile was found embedded in the earth.

“They don’t have any mortar on them,” Rhodes said. “If they don’t have any mortar, it’s not like they were from a building that was here. We’re thinking they’re rejects from the factory and they just used this site to dump them. They would have been rejected because they were imperfect or maybe came out of a kiln that exploded. They could have had impurities inside the brick that could have caused problems.”

Unlike the nicer, glossier bricks forged in Porter that were reserved for facades, the Chicago Common Bricks made in Munster were utilitarian and often ended up in foundations or back alleys, Schoon said. The bricks discovered at the development site appear to have been deposited by a dump truck.

“These all appear to be rejects,” Schoon said. “We haven’t found any pretty bricks yet.”

Munster’s brick plant ended up shutting down in the late 1980s because of environmental concerns and pressure from neighbors. They often moved to more suburban Munster to get away from industry in Chicago, Hammond and Gary and didn’t want to endure the smoke or clay dust in the air.

Schoon described the brickworks as “a smoky, stinking business.”

“There was a lot of pollution. It was wood-fired,” Rhodes said. “As the town started growing, most of the residents started complaining about the fumes. Nobody lived out here originally. This was farmland originally. The farmers didn’t mind.”

Efforts were made to clean up the brickworks, such as by switching to gas-powered kilns. But it was too little, too late.

“The brick plant was here first,” Schoon said. “But people moved here and didn’t like the neighbors.”

By the time the brickyard closed in 1987, the clay reserves just under the black dirt topsoil were largely tapped out.

Munster ended up needing clay to cover the sanitary landfill that is now a hill and had to bring it in from Chicago in a twist of irony.

“Much of the clay came from the Museum of Science and Industry,” Schoon said. “They were digging out the underground parking garage. The clay here was tapped out to make the bricks and the bricks were sent out of here. Then they needed more clay to cover the garbage.”

Though long gone, the brickworks was an industry that helped build up Munster in the early days.

The town is now trying to figure out what to do with all the historic bricks left behind.

“It’s pretty cool. You see all the different layers from over the years,” Rhodes said. “I thought it was really interesting. These are the bricks that built Chicago.”